This piece originally appeared in The National Interest.

In Vienna, the American negotiating team is busy snatching defeat from the jaws of victory as the Islamic Republic demands concession after concession from Washington in exchange for Tehran’s return to the 2015 nuclear deal. In a stark shift from just a few months ago, when the Islamic Republic was under extraordinary economic pressure, the regime is once again confident on the international stage. Indeed, it appears that the Biden administration, which promised to center its foreign policy on human rights, is potentially saving one of the world’s most brutal dictatorships from collapse and building it back better.

Buoyed by the assist from Washington, it will be a busy month ahead for the newly confident Islamic Republic. The full power of the state, crossing any and all factional lines, will be marshaled for the quadrennial theatrics of the regime’s elections, whose candidates are handpicked by a twelve-member, unelected body known as the Guardian Council. In Clubhouse chats and among foreign-based journalists, the conventional wisdom is that the Islamic Republic is stable and its existence unquestionable. That is just how the regime likes it.

Yet while the regime’s public relations efforts continue to fool many in the Western media and on the world stage, it is a far cry from the reality for everyday Iranians, who largely view the regime as defunct and illegitimate. In a poll run by the regime’s own state propaganda network (which proudly airs the torture-induced, Soviet-style forced confessions of dissidents), 51 percent of respondents said they would not vote in the regime’s upcoming elections.

The ongoing protests of pensioners, workers, farmers, and the families of murdered activists validate privately conducted polling that shows many Iranians are simply waiting for the next opportunity to revolt. Far from the fantasy world on display in Vienna and on Twitter, there is a reality simmering just beneath the surface of Iran’s politics that should guide American policy: Iranians do not want the Islamic Republic; they want regime change.

The mere utterance of the words “regime change” raises alarm bells in the United States. However, as many Iranians envision it, the collapse of the Islamic Republic would neither be led by Washington nor require an American military intervention. The fall of the Islamic Republic will be led by the Iranian people. Their expectation of the United States, however, is that it does not save the dictatorship from crumbling. Yet to many Iranians, that is exactly what Joe Biden is doing.

Though there is no question that Iranians want change. To determine whether that change would benefit the United States necessitates asking what kind of change the Iranian people want. While Covid-19 has limited mass protests, Iranians’ past demonstrations offer a glimpse into their views on America and what a future Iran might look like if they had their way. In nationwide anti-regime demonstrations in 2017, 2018, and 2019, Iranians refused to step on American flags planted by the regime as props. They often chanted, “Our enemy is right here, they lie when they say it is America!” Unlike the Islamic Republic, the Iranian people look to America as an ally.

U.S. action to serve as an ally with the Iranian people would present America with opportunities to address three significant threats.

First, the radioactive elephant in the room. Despite attempts made by negotiators in Vienna, the Islamic Republic’s nuclear threat will never truly be put “in a box,” as National Security Advisor Jake Sullivan put it. Many have argued that Supreme Leader Ali Khamenei’s unpublished fatwa, or religious edict, banning the production of nuclear weapons remains a guarantee Iran will never build a bomb. Former Secretary of State John Kerry went as far as to say he had “great respect” for the fatwa. Yet even after the Biden administration announced its intentions to remove sanctions and rejoin the nuclear deal, the regime’s intelligence minister said Iran might nonetheless pursue an atomic bomb. As long as the Islamic Republic is in power and retains its nuclear industry and infrastructure, it will pose a nuclear threat to the United States and its allies. A free Iran, however, would likely have no such aspirations. Four decades of investing Iran’s limited resources in the regime’s endless wars in the region and nuclear ambitions have brought Iranians poverty, misery, and isolation. Therefore, Iranians chant “leave Syria alone and do something for us” or “what happened to the oil money? It has been spent in Palestine.”

Second, the Islamic Republic continues to be the world’s foremost state sponsor of terrorism. Tehran supports leading Sunni terrorist groups like Al Qaeda by providing refuge to its top leadership and by acting as a “main artery for funds, personnel, and communication” to the terror organization, according to a letter written by Osama bin Laden and found during the raid that led to his death. Even during its period of rapprochement with the West after Iran and world powers reached an interim agreement in 2013 known as the Joint Plan of Action, Tehran did not cease its funding for international terrorism. The regime reportedly spends more than one billion dollars per year to finance foreign terror groups around the world that target America and its allies, especially Hamas and Hezbollah.

The Islamic Republic is not only the financial backer but also the spiritual Mecca of Shiite radicalism, having enshrined the directive to “export the revolution” in its constitution. The Islamic Republic also aims to serve as a role model for radical Islamist groups that seek to overtake a government and use it to transform society and remain in power.

The end of the Islamist regime in Iran will weaken radical Islamists, especially Shiite militants, around the world by depriving them of a major source of funding and inspiration. The best way to hasten that change is to support Iranians—who, as popular protests show, reject such religious fanaticism—in establishing a secular, democratic government.

Third, American support for the Iranian people’s movement for regime change can end the threat of the Islamic Republic’s ballistic missile program, which the Center for Strategic and International Studies calls “the largest and most diverse missile arsenal in the Middle East.” The threat of the regime’s missiles—with their ability to sow destruction on three continents—increases when one considers the regime’s ability to deploy such missiles to its terrorist proxies and allies not only throughout the Middle East but also in Latin America. The threat posed by these missiles will only continue to grow if the regime stays in power. Every day Iranians often lambaste the Islamic Republic on social media for its superfluous spending on the offensive missile program, envisioning a future where the government puts food on their tables, not missiles in silos.

An Iran without the Islamic Republic not only would entail the reduction of hostilities with the West, but also would present three significant economic and political opportunities for the United States as well.

First, Iran is one of the world’s sole remaining truly untapped markets. With half of its well-educated and Western-friendly population of 85 million being in their prime working and earning years, Iran would represent a significant opportunity for trade and investment for American companies of all kinds. Yet with the Islamic Republic’s anti-Americanism, its penchant for taking Western citizens hostage, and the mafia-like involvement of the Islamic Revolutionary Guard Corps, the regime’s praetorians, in the economy, that opportunity cannot be realized until the Islamic Republic is gone.

Second, a free Iran marks an opportunity for the expansion of the Abraham Accords and lasting peace in the region. An Iran without animosity toward America’s regional allies would allow the United States to empower those allies to coordinate regional security more effectively. After the establishment of a stable, democratic government in Iran, the country would likely play a key role in partnering with other American allies in the region as it did before the Islamic Revolution, when Iran played a constructive and diplomatic role across the region.

Third, relaxed tensions in the region would allow the United States to refocus its assets in the region on its more consequential security challenge: China, especially Beijing’s expansion in the Persian Gulf. The Middle East and the Persian Gulf are critical to American interests, not only because they sit at the linchpin of global energy markets but also because of their importance to the hegemonic ambitions of the Chinese Communist Party and Vladimir Putin’s Russia. Almost half of China’s oil imports come from the Persian Gulf, and with its newly minted twenty-five-year cooperation agreement with Tehran, it is looking to strengthen its foothold.

Iran sits on one of the largest natural gas reserves in the world and is close enough to Europe to export it to the continent. In other words, Iran can be a credible rival to Russia’s dominance in the European Union’s gas market. However, large multinational companies require long-term stability before committing massive investment to such a project. The Islamic Republic’s threatening, erratic, and destabilizing behavior in the region allowed Russia to dominate the natural gas market in Europe, giving Moscow political leverage over its European customers.

Advancing the collapse of the Islamic Republic will not bog the United States down into another Middle Eastern war or cost further blood and treasure. It can be done by maintaining sanctions on the Islamic Republic and its officials and by beginning a policy of maximum support of the Iranian people, including providing Internet access, a strike fund for laborers, and a defector fund to encourage regime officials to step aside to ensure a stable and bloodless transition. Such a change presents the potential to end one of the most significant threats to America and its allies. It also offers opportunities for economic growth and for rebalancing American involvement in the world. It is a policy that will promote America’s vital interests while advancing its most cherished principles.

Cameron Khansarinia is Policy Director for the National Union for Democracy in Iran (NUFDI). Saeed Ghasseminejad is a senior adviser at the Foundation for Defense of Democracies. Follow them on Twitter @khansarinia and @SGhasseminejad. 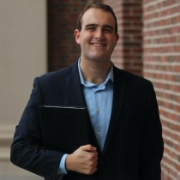