Over the last five days, cities throughout Iran’s Khuzestan province have witnessed a new wave of civil unrest, as Iranians protest their lack of access to water amidst one of the country’s worst droughts in the last 50 years. As is usually the case in Iran, the protests were initially caused by water shortages, but quickly led to calls for the end of the Islamic Republic and the removal of Supreme Leader Ali Khamenei with the slogans “We the people want to bring down the regime!”  “Death to Khamenei!” and “Down with the Islamic Republic!”

The regime responded to protests with lethal force and dispatched anti-riot forces to the streets, clashing with peaceful protesters. At least three protesters were shot and killed by the regime. While the government blamed the deaths on “opportunists and rioters,” videos of uniformed security forces shooting at protestors surfaced across social media.

The people of #Iran are rising up against the Islamic Republic in #Khuzestan province.#IranProtests are growing day by day and they deserve the support of the free world.@POTUS, @SecBlinken, @USEnvoyIran listen to their call for freedom!#khuzestanSOS #خوزستان pic.twitter.com/mJuBZyZOBg

[/one_half][one_half_last]So far protests have been held in cities across Khuzestan province, including Ahvaz, Shadgan, Ramhormoz, and Susangerd. Iranian social media users of all backgrounds posted solidarity messages supporting the protesters in Khuzestan and urging the regime not to murder protesters. As the protests continued in Khuzestan for the fifth consecutive day, a sudden protest occurred on a metro station in Tehran in which dozens of citizens awaiting the train started chanting “Death to Khamenei,” and  “Death to the Islamic Republic.” Observers believe that Iranians — who are increasingly dissatisfied with the regime for its mismanagement of COVID-19, 43 years of corruption and brutality —  may seize every opportunity to reject the regime. 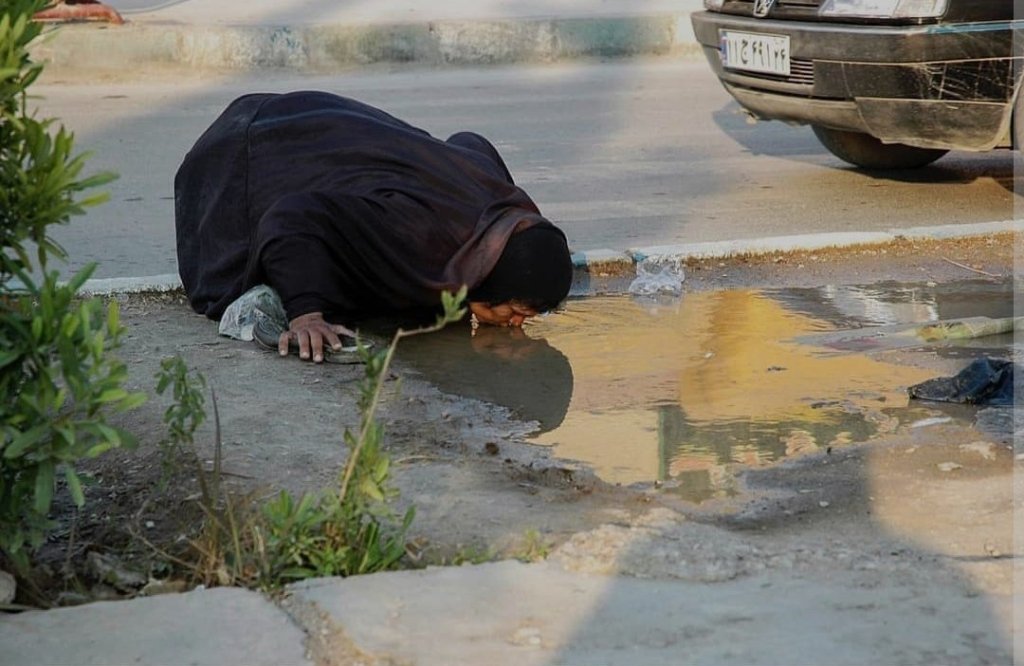 Concern for the protesters’ safety is mounting as the ongoing protests grow reminiscent of the 2019 demonstrations that resulted in a massacre of more than 1,500 peaceful protestors. Indeed, Crown Prince Reza Pahlavi issued a strongly worded statement to Iran’s armed forces and security personnel urging them to lay down their weapons and join the Iranian people. He promised to defend those who join the people and abandon the regime in this critical moment.

On the fifth night of #IranProtests in Khuzestan, Prince Reza Pahlavi calls on the security forces to put down their weapons and side with the people of #Iran:

“I too once wore our nation’s uniform, it is now your duty to protect our defenseless compatriots.” https://t.co/MxdgQCUpPG

Despite being five days into widespread protests in Iran, Supreme Leader Ali Khamenei tweeted a string of messages for the commencement of the Hajj which very clearly blame the United States for unrest in Iran. His statement claims that “Western govts’ greed, interference, and vice ” have led to many of the problems in the Middle East. In the U.S., Sina Toosi, research analyst at NIAC, a group well known as an apologist of the Islamic Republic, blamed U.S. sanctions for the current situation. This was after the group posted a Tweet calling the Islamic Republic’s murder of protesters “accidental.”

NUFDI will continue to monitor the situation.