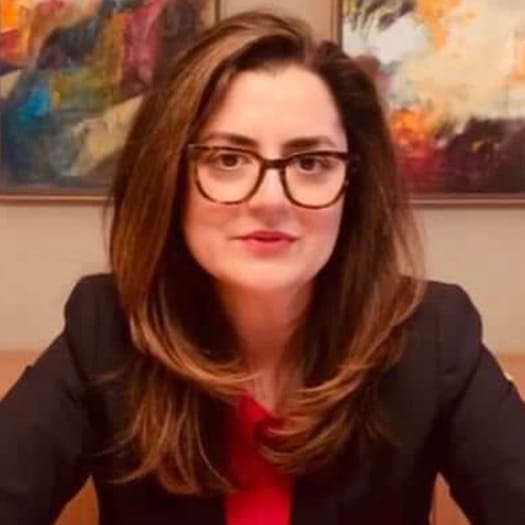 Watch Ms. Memarsadeghi on the “Iran in the Media” panel at The Iran Conference, here.

Mariam Memarsadeghi is a leading proponent for a democratic Iran and a senior fellow at the MacDonald-Laurier Institute. Her writing has appeared in The Washington Post, The Wall Street Journal, Newsweek, The American Interest, The Hill, The Jerusalem Post, Tablet, Bulwark, Quillette and other publications. She is a frequent speaker at universities and think tanks worldwide and provides commentary on English, Persian and Arabic language TV news programs.

Mariam previously directed the Middle East & North Africa division at Freedom House and, immediately after the NATO bombing of Kosovo & Serbia, worked for nearly three years in the Balkan region for the International Rescue Committee and the International Organization for Migration.

She was a 2017 Presidential Leadership Scholar and is one of a handful of judges for the final, top ten round of the prestigious “We The People” nationwide high school tournament on knowledge of the US Constitution, held every year at the US Capitol.