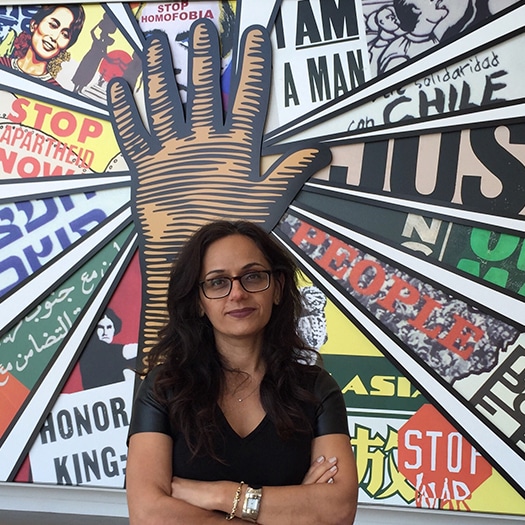 Founder and Director, Alliance for Rights of All Minorities (ARAM)

Watch Ms. Greenblatt on the “Engaging the Iranian-American Community” at The Iran Conference, here.

Marjan Keypour Greenblatt is the founder and director of the Alliance for Rights of All Minorities (ARAM), an international network of activists that promotes human rights in Iran. As a former refugee who escaped discrimination in the Middle East and Europe, her career has focused on advocating for the rights of women, ethnic, and religious minorities as well as the and advancement of democratic ideals.

She is a producer of the highly acclaimed HOMANITY, the first-of-its-kind compilation album featuring the music of banned and underground artists from Iran. Marjan has also launched StopFemicideIran, an advocacy group which monitors and documents acts of femicide in Iran and memorializes their victims. Her writings and activism have been featured in Women’s Rolling Stone, Ms. Magazine, and Newsweek, among others.

Marjan is a non-resident scholar with MEI’s Iran Program. She is fluent in English, Persian and French and holds a degree in sociology from UCLA and a Master’s in Education from Harvard University.