The August 12th attack on celebrated author Salman Rushdie caused shock and horror across the United States and in much of the world. In the circles of power in the Islamic Republic in Iran, however, the assassination attempt was cause for celebration and the support for more violent attacks on the regime’s opponents.

NUFDI has collected and translated the most chilling responses from the Islamic Republic’s state media, below.

A satirical interview from the Kayhan newspaper, whose editor is hand-picked by the Supreme Leader: 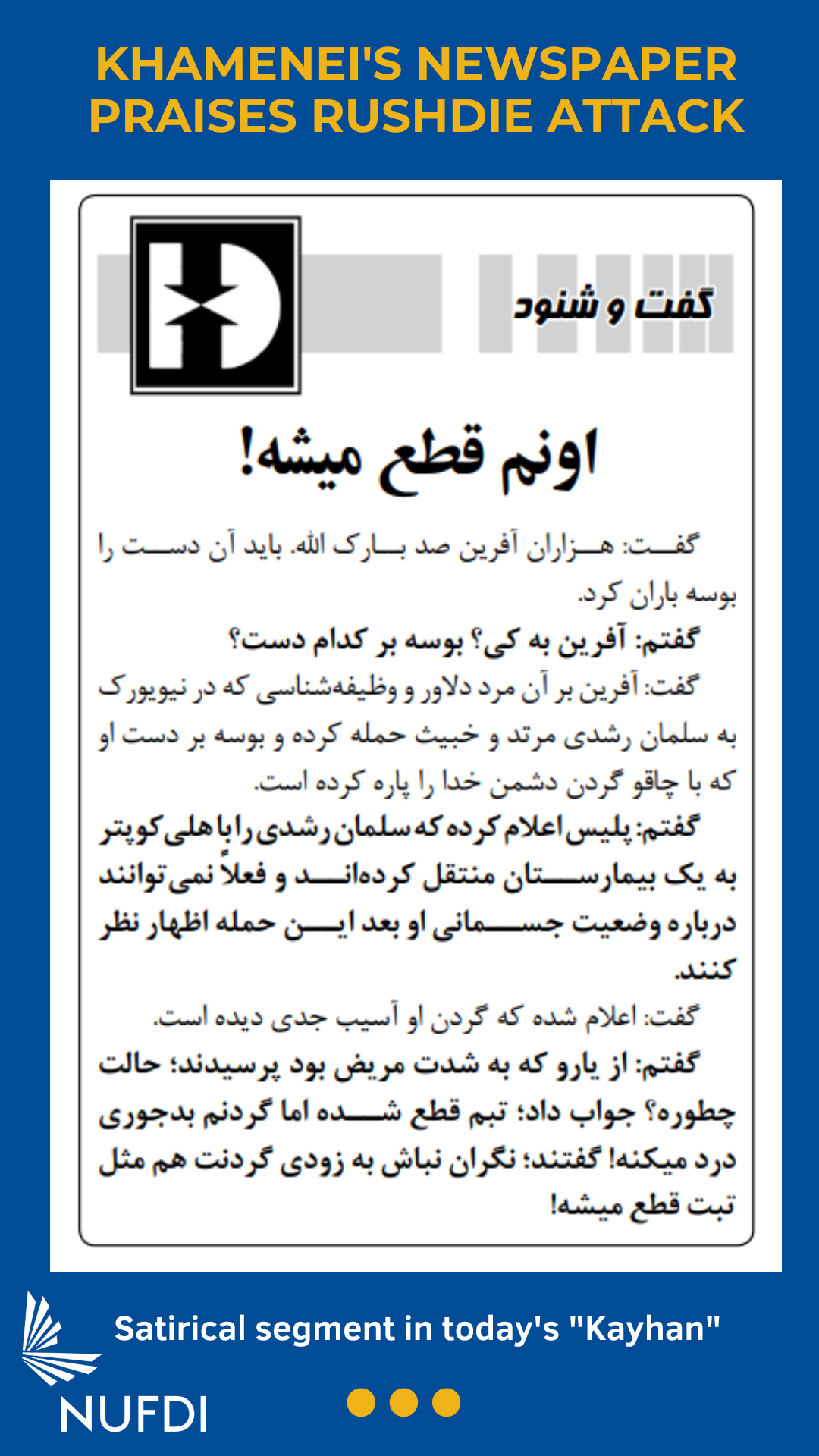 That too shall be ended!

He said: A thousand hurrahs, a hundred bravos! That hand should be showered with kisses!

I said: Hurrah to who? Kisses upon which hand?

He said: Hurrah to that gallant and dutiful man in New York who attacked the evil apostate, Salman Rushdie. Kisses upon his hand, which sliced the neck of God’s enemy with a knife!

I said: The police announced they transferred Salman Rushdie to hospital via helicopter after the attack and that his health status can’t yet be commented on.

He said: It was announced that his neck was severely wounded.

I said: They asked the guy who was very sick: “How is your health?” He said “My fever is ended but my body hurts badly!” They said: “Don’t worry, your body will soon be ended just like your fever!” “The Devil’s Eye Has Been Blinded!”

In another article, the Kayhan also wrote: 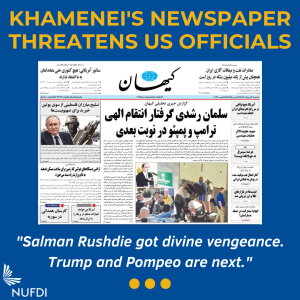 “Salman Rushdie got divide vengeance. Trump and Pompeo are next.”