New York, NY — This week a group of plaintiffs including high-profile Iranian dissidents and former hostages from the West held in Iran are launching a federal civil case in the Southern District of New York against Ebrahim Raisi, the president of the Islamic Republic of Iran in anticipation of his travels to New York City to partake in the United Nations General Assembly. The complaint will allege violations of the Torture Victim Protection Act and torture, intentional infliction of emotional distress, assault and battery, and false imprisonment.

The legal team, plaintiffs, additional victims of Ebrahim Raisi’s crimes and leading experts and activists will host a press conference to discuss the lawsuit in full detail and describe Mr. Raisi’s crimes the day before his address to the UN General Assembly. The press conference will be held at 9:00 AM on Tuesday September 20th at:

The lawsuit and the press conference are being supported by NUFDI. This event and lawsuit have no affiliation with Harvard University or the Harvard Club of New York. 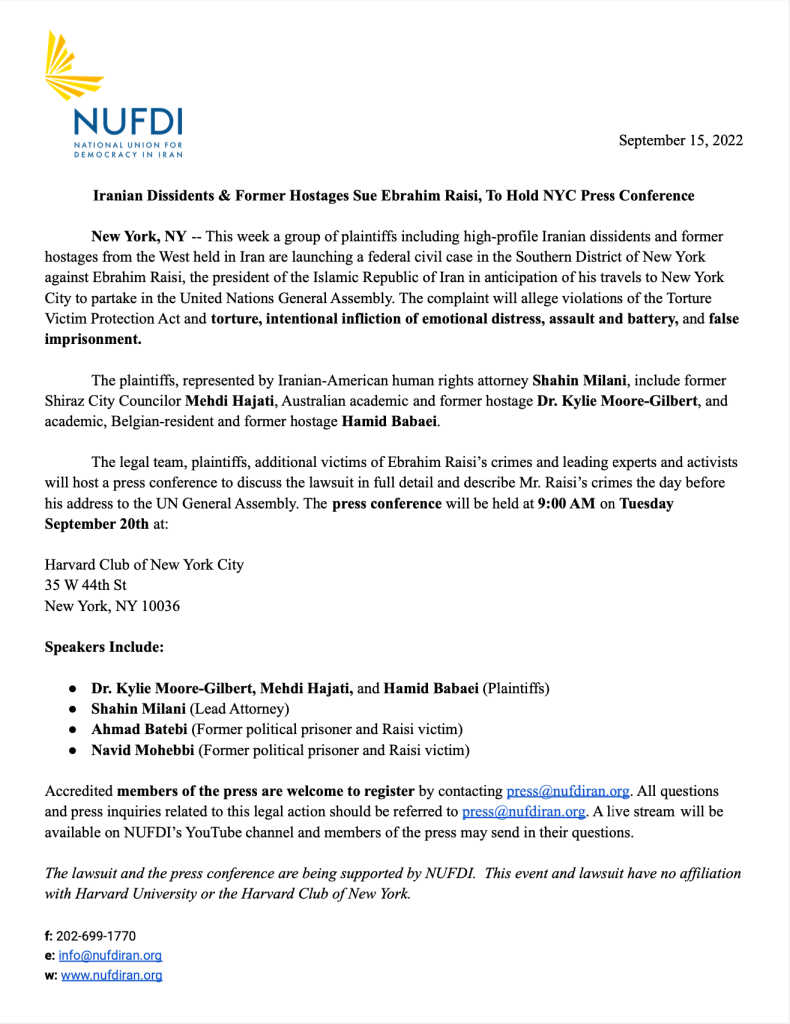