Though there are varying versions, Iran’s flag is the Lion and Sun or Sheer-o Khorsheed flag. 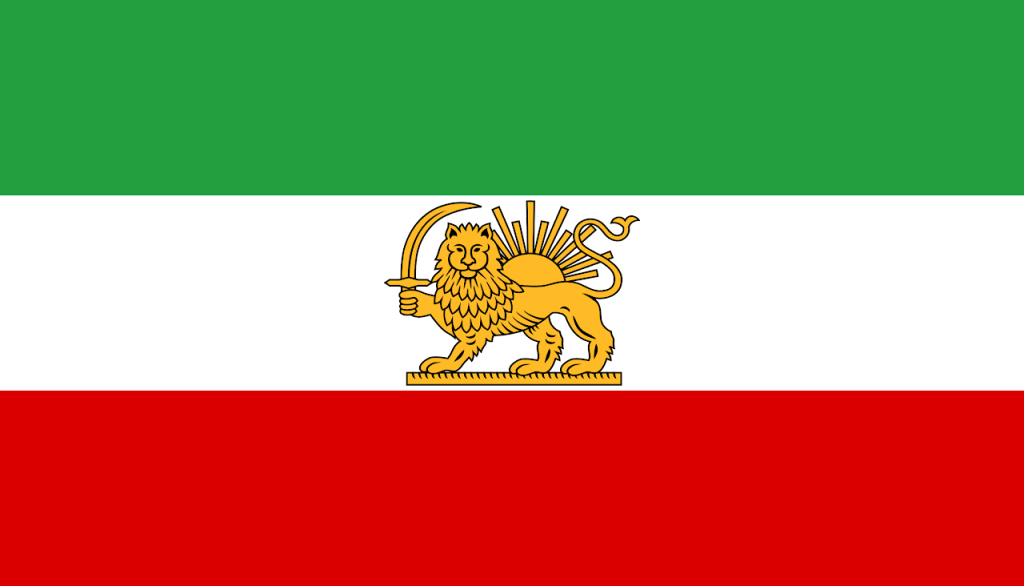 There is a common misconception that the Lion and Sun flag is the symbol of the Pahlavi Dynasty. Though the flag was used during the Pahlavi Dynasty, it is an ancient, national symbol the history of which dates back to the twelfth century. It is, indeed, Iran’s symbol. It has been discovered on banners and as being used as a popular coat of arms to represent Iran as early as the fourteenth century. In the sixteenth century, during the Safavid Dynasty, the Lion and Sun first appeared on Iran’s official flag.

There are varying interpretations and opinions as to the origin of the lion and sun. Though it is likely an amalgamation of various ancient Iranian, Zoroastrian, Islamic, Turkic, and other influences.

For four centuries the lion and sun, with varying artistic renditions was a part of Iran’s flag. In 1980 the Islamic Republic, along with myriad other symbols of Iran’s national identity and heritage, made the use of the flag a punishable offense and replaced it with the regime’s current flag. But among Iranians, this flag is still seen as the country’s true standard. 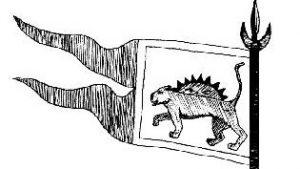 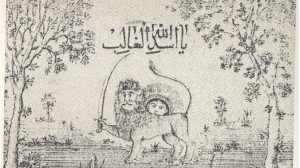 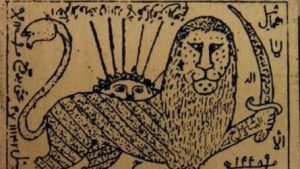 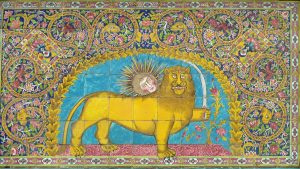 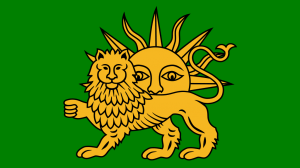 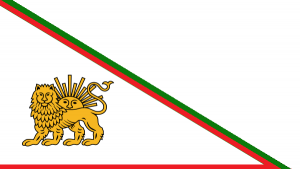 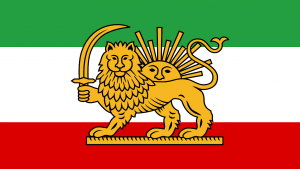