We write to urge Amnesty International to urgently take up his case and pressure the regime in Iran to release him and all political prisoners at once. 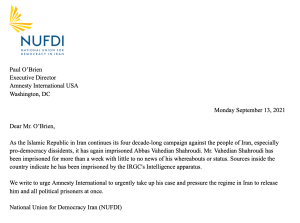