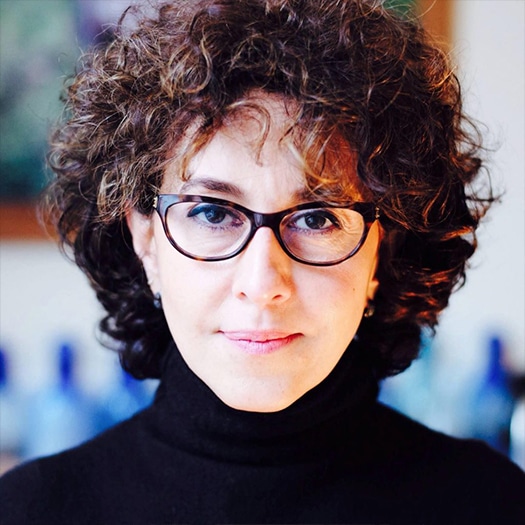 Nazenin Ansari is the Publisher and Managing Editor of two independent media outlets and its presence on the international scene, Kayhan London and Kayhan Life.

Kayhan-London was launched as a weekly in London in the early 1980s; although its history goes back to the early 1940s in Iran. It is considered the oldest intellectual home for the Iranian expatriate community.

The word “Kayhan” means “universe” in Persian, and that embodies the editorial philosophy: dedicated to diverse, fair-minded reporting and committed to freedom of the press, and freedom from persecution. They provide original reporting and essential coverage of life inside Iran as well as a rich mix of political, social, environmental, economic, and cultural coverage.

Nazeni is a founding Trustee of the Persia Educational Foundation. The foundation’s bespoke Character and Civic Education training was the first education project of its kind developed to benefit Iranian-British children raised in the UK. Persia offers 2 scholarships: the Mirzakhani Scholarship for Women studying STEM (Science, Technology, Education and Mathematics;) and the Abdolreza Ansari Scholarship for those dedicated to a life in public service and human rights.

In 2021, she collaborated with Georgetown University’s Institute for Women in Peace & Security in a 2 part conference on women in Iran:  Beyond Geopolitics—The State of Women’s Rights in Iran;  and,  Iranian Women on the Frontlines — Strategies for Change.

Nazenin currently serves as the Trustee of the Foreign Press Association in London. Elected to its governing Committee in 2002, she served  as President, Vice President, and Chairwoman of the FPA Media Awards. Highlights of her tenure include the “Dialogue of Cultures” award; “Women as Agents of Change” symposium;” and the UK Parliamentary Press Gallery award. A collaboration with the British Parliament, the award was presented annually to the journalist who was considered to have made a most significant contribution internationally to the ‘protection, promotion and perpetuation of parliamentary democracy.’

Nazenin received her BA in Public Affairs and Government from Mount Vernon College, George Washington University, and a Master of Arts degree from Georgetown University in International Relations and Comparative Politics (the Soviet Union and the Middle East.)